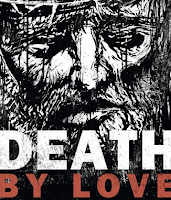 Jesus has spent a lot of time with his disciples - his closest friends.  He's shown them all kind of miracles and he's included them in the delivery of some of them.  He's patiently helped them come to the right conclusions about all this but they've been slow until finally Peter realises that Jesus is the 'Messiah' - God's chosen one, come to rescue his people - the one promised throughout all Israel's history.  Maybe now the disciples are ready for some plain speaking from Jesus about why he's really come...

Jesus loves to heal the sick and feed the hungry but the miracles he's been doing are not the main reason he's come.  He's primarily come to die.  We all hate injustice but God hates it even more - in fact, God hates all sin, anything that falls short of the best he made us for and he is a God of justice.  Jesus has come so that God's justice against all sin can fall on him instead of us.  It's what hundreds of Jewish prophecies had predicted hundreds of years before about the Messiah (Isaiah 53:4-6).  It's the only way for us to be saved and it's been God's plan since the beginning because he loves us so much.

As Jesus starts to speak plainly to the disciples about this, it's still too much for them to take in and Peter, as ever, is the first to speak up boldly and has a go at Jesus for freaking everyone out.  Jesus' reaction (calling Peter 'Satan') may seem harsh but we have to remember that the spiritual battle and the defeat of Satan was at the forefront of Jesus' thoughts.  He didn't have any trouble understanding the mission he was on and Peter's rebuke represented more than Peter himself.  It was a satanic assault on God's plans to save his people and Jesus reacts strongly so that his followers could again have their understanding stretched to see that Jesus' mission was still an even bigger deal than they realised so far.

Jesus goes on to describe what it will look like for anyone who really wants to follow him.  Jesus is determined to follow God's plan right to the death because he knows that death won't be the end and he expects his followers to do the same (and his death would make it possible for them to do the same).  The choice is fairly clear: Live for this life in this world and lose your soul or live and die for the gospel (or good news) of Jesus and live beyond this world forever with God.  The first way of living is definitely easier and many people choose it.  The second brings a degree of suffering with it but Jesus is saying it's worth it because death won't be the end.

Plain words from Jesus and yet hard to accept.  This was all new on the disciples and they found it hard too but they couldn't stop following Jesus to see what would happen next.  And Jesus was just getting started!