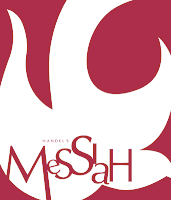 After a discussion with his disciples where they still didn't understand who he was, Jesus starts healing blind people in more ways than one...

'Messiah' means 'God's chosen one' and was the one promised all through the Old Testament scriptures who would come and rescue God's people from all their troubles.  There was a lot of history behind this title.  People who saw Jesus' miracles and heard him teach started to wonder if he could be the one but not many were certain of it yet.  Even Jesus' closest friends - the 12 disciples - couldn't quite see the truth.

Jesus heals another man in a very similar way to the one at the end of the last chapter (Mark 7:31-37).  He takes him away from the crowd and touches the man where he needs healing - in this case - his eyes.  Surely, this healing would have been ringing bells with the disciples.  Another reminder of Jesus' supernatural power to heal and in such a personal and compassionate way.

As well as healing the blind man's sight, Jesus seems to be teaching the disciples something in the way that he does it.  He heals the man in two stages and lets the man tell him how well he can see before healing him completely.  Jesus is allowing the man to tell him how he sees things and to trust him to see things as he should.  It's just like what he's been doing with the disciples - patiently showing them more and more as they trust him.  After this, he sends the man away from the town.  Jesus seems to be delaying the crowds here, probably because he's wants some time to talk to his disciples about what they can see.

Jesus starts by asking about the rumours about who people think he might be but he then gets to the heart of the matter when he asks, 'But what about you?  Who do you say I am?' (v29).  Peter gets it right - 'You are the Messiah'!  At last, one of them gets it!  Spiritual eyes have been opened to the truth that Jesus is the rescuer - God's chosen one - the one all of Israel's history had been longing for.

This recognition of Jesus as the Messiah was a huge deal but the truth about Jesus is even bigger than this in at least two ways worth mentioning very briefly here.  First, Jesus wasn't just God's chosen one but he was God himself!  Another title given to Jesus was 'Emmanuel', which means 'God with us' (Matthew 1:23).  Second, Jesus hadn't just come to rescue Jews but anyone and everyone who would see the truth and trust him, including you and me today (John 3:16)!

So what about you?  Who do you say Jesus is?  Maybe it still seems like blurry shapes to you.  Either way, let's keep going - into the second half of Mark's account of Jesus so we can get the whole story!