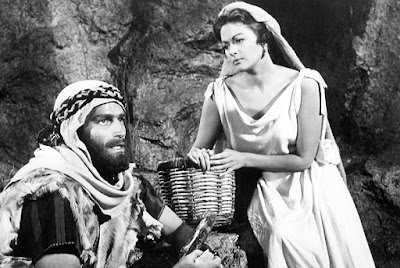 This next part of the story has some stuff that makes sense if we've been following along... er, and one bit that will seem a bit weird, unless you know about some stuff back in Genesis.

The main point here?  It's 2 things:
1. God has a plan and Moses is learning to trust and follow it.
2. And the plan is really good news for the Israelite slaves!

So we've seen that Moses is a reluctant leader but that God is insistent that he should be part of his plan to rescue the Israelite nation from slavery to Pharaoh in Egypt.

Moses continues to show a lack of faith when he says to his father-in-law Jethro, that the reason he's returning to Egypt is to see if any of the Israelites there are "still alive"!  He's still not completely trusting in God's plans and promises.

He packs up and sets off, remembering his staff, which is now referred to as "the staff of God" because of how it will be used to show God's power with Moses.

God reminds Moses of all that he is do and all that is going to happen in Egypt.  God will harden Pharaoh's heart (more on this later) and it will ultimately end in the freedom of God's "firstborn son" (the nation of Israel - the descendants of Abraham) and in the deaths of many firstborn sons of Egyptian families because of Pharaoh's hard heart (he hardens his own heart too but more on this later).

Then we've got this weird bit on the way back to Egypt where God is about to kill Moses because his son hasn't been circumcised and Zipporah, his wife takes care of it for him.

What's the big deal?  And why now?

Well, the big deal is found back in Genesis 17 - the covenant of circumcision.  It was a deal God made with Abraham (the father of the nation of Israel).  God promised Abraham that he would have not only a son but many sons and many descendants that would become a great nation of people: Israel!  And as a sign of this miraculous work of God to multiply this family and bless the whole world through it, every male would be circumcised.  It seems like a strange kind of sign but every time an Israelite bloke looked down, he would be reminded that God keeps his promises!  Moses had apparently neglected to circumcise his son and it needed doing in order to honor God's covenant deal with Abraham.

And why now?  Because now, more than ever, Moses needed to remember that God keeps his promises.  And he needed to get this sign sorted on the way to Egypt because he was going to be representing the Israelite nation, and so he'd better make sure he's living the life of an Israelite man, banking on the promises of God and teaching his kids to do the same!

As promised, God sends Aaron to link up with Moses to go to Egypt.  He's on board.

And then we have this encouraging moment where they arrive in Egypt and the Israelites believe Moses has been sent by God to free them from slavery.  After 400 years of it, they must have been starting to wonder when or whether God would keep his promises to them.  When they realise that God has seen their suffering and still cares about them and still has plans for them, they worship him!

So Moses is learning more and more to trust and follow the plans and promises of God for himself, his family and for those he would lead.  There's a lesson for us as Christians!!  But I for one am glad that today it doesn't require the use of a flint knife!

Back to Exodus blog