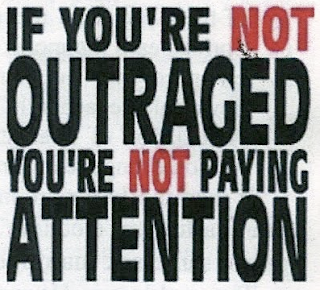 In this part of Paul's letter to the Christians in Rome, before he can explain what's so good about the good news of Jesus, he explains what's so BAD about people.

The Bible says 'God is love' and this is true but love is more than just an emotion - it is about action too.  In fact, God's emotions are wide-ranging and include anger and hatred when the situation and his goodness warrants it.  As CS Lewis said, 'anger is the fluid love bleeds when you cut it'...

The first thing Paul says God gets angry about is the suppression of truth, especially the truth about himself.  Of course, Christians are just as capable of suppressing truth and telling lies about God as anyone else is, but Paul is talking about those who manage to exist in this world and invent reasons why it had to have come from nothing.  It's illogical, unscientific (Science can't observe 'nothing') and just plain wrong.  If our Universe had a beginning (and science assures us it did), its existence necessitates an uncaused cause.  More than this, the design, functionality and beauty of our Universe (even though it is broken) shows us the creativity of God.  Paul says everyone gets creation and there are therefore no excuses for not believing in the Creator.  And when people suppress this truth and believe lies instead, God hates it and gets angry because he loves the people he has made and he wants us all to know him.

People's thinking continues to be 'darkened' in many ways and the truth about God is exchanged for many things, none of which deserve to come first in our lives.  The building of our lives around anything other than God is 'idolatry' (worshiping something else in place of God).  People love to do whatever they want and act as god of their own lives.  Interestingly, this almost always leads to the devaluing and abuse of sex whether through the enjoyment of pornography, casual sex, gay sex or adulterous sex. For now, people are 'given over' and totally allowed by God to run their own lives and sin (wrong thoughts, words or actions and neglecting good thoughts, words or actions) to their hearts' content.  God hates it and gets angry because he loves the people he has made and he wants us all to know him.

Paul specifically mentions gay lust and sex as being sinful.  This is frequently misquoted and misunderstood by Christians and non-Christians alike.  Some will say God hates gay people and it's wrong to be gay but that's NOT what it says here.  Others say love is love and God's fine with gay relationships provided they're loving but that's NOT what it says either.  Paul is explaining that one way in which people sin sexually is to actively desire and have sex with the same gender.  This doesn't mean it's wrong to be gay (to be same-sex attracted) but it is wrong to CHOOSE to sin sexually and to spend time thinking about sinning sexually and this is just one of the ways people do that.  It's unnatural and falls short of the best God intends for us.  God hates it and gets angry because he loves the people he has made and he wants us all to know him.

Incidentally, in our culture, singleness and community are both incredibly undervalued.  If a gay person decides to remain single and abstain from sexual relationships in obedience to God, they're not ruling out personal fulfillment.  Marriage is great but our happiness is not dependent on pairing up.  I know lots of people who have stayed single their whole lives and they wouldn't have it any other way.  They aren't lonely because they're committed to friendships and are plugged into a community.  Our sadness at the suggestion that gay people might choose not to pursue romantic relationships is part of our 'darkened' thinking because we think sex is more important than God in our culture.  God hates it and gets angry because he loves the people he has made and he wants us all to know him.

If you were faced with a glass of water with a big log of poo in it, you wouldn't drink it!  What if it was just a little bit of poo floating on the top?  You still wouldn't drink it!  Why?  Because poo is poisonous and dangerous.  This is what sin is like to God.  And no-one is off the hook.  We all sin in some of the various ways listed.  We all make selfish decisions to put ourselves first instead of God.  God hates 'little' sins as well as the 'big' ones because all sin is destructive, it's all against him and keeps people from knowing him.  God hates it and gets angry because he loves the people he has made and he wants us all to know him.

What should we expect from a perfect good God who created us and gave us life to love him back and be like him?  How long should we expect him to tolerate our sin?  Should we expect him to let us live forever?  If he did, he would not be a good God and there would be no justice.  The God of the Bible promises ultimate justice for all the sin in this world there has ever been or will be.  No-one gets away with anything!  Unless God intervenes in a dramatic way, we can all expect death and separation from God in the end.  What would it be like if God let us 'into heaven' as we are?  Heaven would just as messed up and broken as this place is.  If God is real and perfectly good, something radical needs to happen to us before we could ever expect anything good from him.  For now, we experience the natural consequences of a world that is generally running away from God instead of towards him.

What do you think you deserve from God if he is a morally perfect judge?

The good news will come later in Paul's writing, but before we can understand it properly, we need to grasp the bad news and the seriousness of our sin.