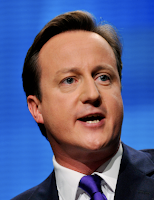 How should Christians think about and react to those in authority?

Some Christians I've met are very pessimistic about the future and will occasionally say things like, "It's only going to get harder and harder to be a Christian in this country."  They'll mention schools that don't let Christians in to do assemblies and they use examples of people who have been in the news like the nurse who wasn't allowed to wear her cross necklace.  They'll call it persecution.  I think they're wrong.

For one thing, the schools I've come across who aren't keen on having Christians in are the same ones who've had to put up with rubbish ones going in and saying things like, "Don't bother revising - Just trust God!" or imposing their beliefs rather than proposing them.  And the nurse in question was given decent offers of compromise like wearing her cross as a pin rather than on a necklace to avoid snagging it while she did her job.  The point is - sometimes Christians wind people up unnecessarily.  This is not persecution.

And for another thing, persecution in this country (and it does happen), isn't anything like as bad as it is elsewhere in the world where Christians are regularly attacked, imprisoned, tortured and killed (www.persecution.tv).

Paul wants Christians to obey the law and respect those in authority.  God is the one who has allowed people to come into those positions after all, so we don't have to fight them all the time.  Are they all good leaders?  No.  Are any of them good leaders all the time?  No.  But God has allowed them to lead and wants Christians to respect their position of authority as much as they can.

There's nothing wrong with seeking to influence those in positions of power but it's possible to do this respectfully as well as strongly.  Tearfund's IF campaign is a great example.

If people in authority ever instruct those of us who trust and follow Jesus to sin, then we should strongly resist them (like in Daniel 3:16-18).  And if they want to prevent us from doing something Jesus has commanded us to do, then we go ahead and do it anyway (like in Acts 4:18-20).  If there's a clear clash between any human authority and the authority of Jesus, we should submit to the highest authority.  But Paul's main idea here is that Christians should make every effort to live under human authority well.  This means they should pay their taxes, obey the law and respect positions of leadership, even if they don't like the people leading.

So will it get harder for Christians to trust and follow Jesus in our cultures today?  I don't know.  Quite possibly.  But it shouldn't be because Christians are annoying, rude or petty.  We can do better than that!