Jesus claimed to be God himself, coming into our world to save people from their sins so they could be forgiven and live with him forever in a world free from sickness, suffering and death!

If Jesus rose from the dead, we should take his claims seriously!  Christianity is true.

And if he didn't, he's just another dead guy with wrong ideas.  Christianity is false.

The Bible even says this:

And if Christ has not been raised, our preaching is useless and so is your faith.
(1 Corinthians 15:14)

So how strong is the evidence for the resurrection of Jesus from the dead?  What do we know?

This video explores that...

There are 3 main well-attested historical facts that require explanation:

1. The discovery of Jesus' empty tomb.

2. The appearances of Jesus alive after his death.

3. The disciples' belief that Jesus rose from the dead.

So why was Jesus' tomb found to be empty after he had been buried in it?
Why did so many people experience appearances of Jesus alive after he died?
Why were Jesus' disciples willing to face death for their belief that he had risen from the dead?

These are all questions for the next video, but for now, let's consider the CERTAINTY of these facts...

1. Why should we think that the empty tomb of Jesus is a historical fact?  If this were the only known fact, what alternative explanations could be suggested? 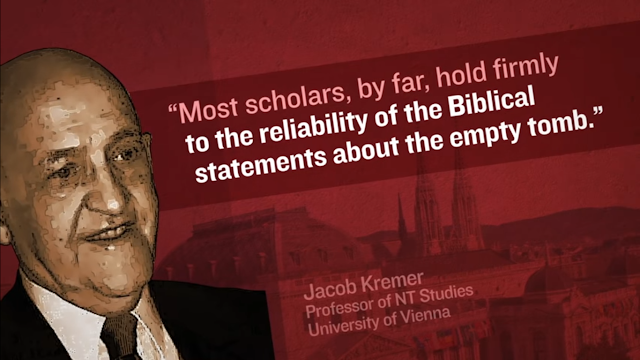 2. Why should we think that people really did have experiences of seeing Jesus alive after he died?  If this were the only known fact, what alternative explanations could be suggested? 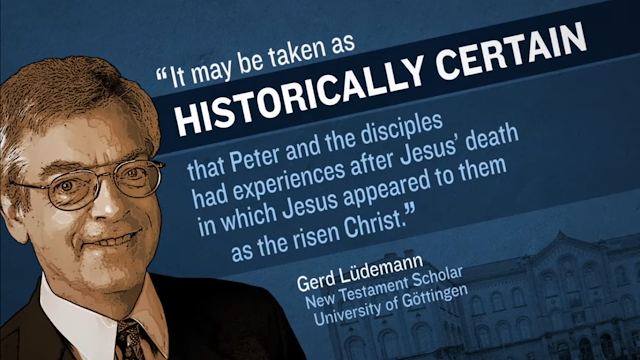 3. Why is it curious that the Jewish disciples of Jesus suddenly and sincerely believed he had risen from the dead?  How do we know they were sincere? 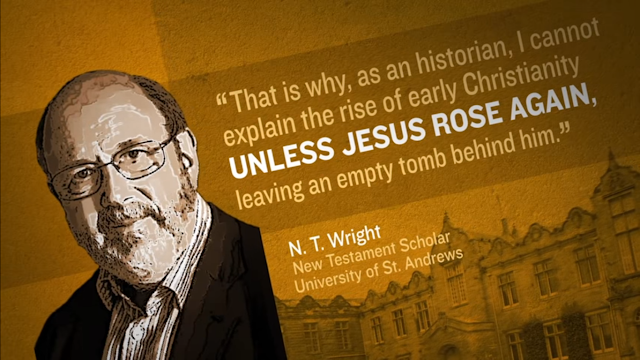 4. Why do these 3 historical facts require explanation?  And what possible explanations are there?

Back to Zangmeister Reasonable Faith Videos
Next video: 11. Did Jesus Rise from the Dead? - Part 2: The Explanation