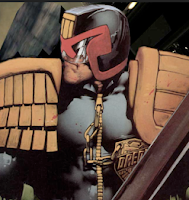 Paul continues to explain to his Jewish readers why it's ok for them to follow Jesus and not feel like they're cheating on God who gave them the law.  Like many people today, they find it hard to give up the idea that life is all about working hard at being good...

Many of Paul's Jewish readers would have felt like following Jesus was like trading in their old God for a new one.  Paul explains that it's actually the same God but a new deal.  The old deal was the law but this was only meant to show them just how much they fail God and need his mercy and forgiveness.  It was pointing all along to Jesus who would live the life they couldn't live and die in their place for their sin so they could be forgiven.  This is the new deal.  Following Jesus isn't cheating on God's law because God through Jesus had released them from trying to please him by obeying the law.  They weren't sure about following Jesus because their identity was so wrapped up in working hard at being good.

Many people today miss the point of life in exactly the same way.  Their identity is wrapped up in working hard at being good and they think this is the way to achieve their full potential.  If they're doing well, it leads them to pride.  If they're not, it leads them to despair.  Either way, because they're so focused on earning their way in their own strength, they miss what every human being really needs: a rescuer who can bring them mercy and forgiveness from God.

Paul says his readers need to die so they might belong to another (v4).  They needed to give up the futility of trying to be good enough in their own strength and to see that it's all pointing them in the direction of Jesus, who lived the life they could not live and died in their place for their sin so they could be forgiven and free.  People today need to do the same thing.