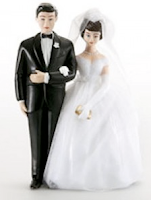 The Pharisees and Herodians have had their go, now it's the Sadducees' turn to question Jesus...

The law the Sadducees are quoting comes from Deuteronomy 25:5.  In ancient Israel, to be a childless widow made you vulnerable and one of the weakest in that society.  So this law from God for his people was to make sure that women were protected and had family and financial security, even when their husbands had died.

The Sadducees don't believe in life after death and so they've concocted this deliberately ridiculous scenario where seven brothers are fighting over the same wife in heaven.  They hope that Jesus will see just how ridiculous the notion of resurrection really is but in fact, it's really just their notion of resurrection that's ridiculous because they've missed the whole point of living forever.  God doesn't want people to live with him in heaven just so they can carry on where they left off.  If the Sadducess knew their scriptures better (our Old Testament), they would have realised God's plan all along is for us to be his people and for him to be our God (Exodus 6:7, Leviticus 26:12, Jeremiah 7:23, 11:4, 24:7, 30:22, 31:1, 31:33, 32:38, Ezekiel 11:20, 14:11, 34:30, 36:28, 37:23, 37:27, Hosea 2:23, Zechariah 8:8, 13:9)!  Heaven is not about carrying on as we are but about being in perfect relationship with God forever.  The whole Bible is about this love story and everything points to Jesus as the one who would make it possible by his life, death and resurrection from the dead.

Steve Curtis Chapman sings a song called 'More to this Life' and in the chorus it says: