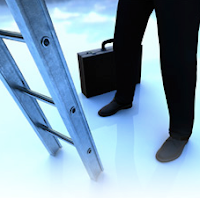 With time to themselves, away from the crowds, what do you think the disciples talk about?  And what does Jesus want to talk about?  The two topics of conversation could not be more opposite and they collide here...

The disciples' topic of conversation as they stroll along the road behind Jesus is about which of one them is the greatest.  It's like they're jockeying for position in Jesus' kingdom.  Each one is concerned primarily with justifying themselves and they don't want anything or anyone to get in their way.  When Jesus speaks to them, he has exactly the opposite attitude.  He talks about his death and resurrection.  It's the death he would die to serve the world.  He's concerned primarily with justifying others and he won't let anything or anyone stand in his way.  The disciples expect greatness whereras Jesus expects to die.

The disciples keep quiet twice in this passage.  The first time they hold their tongues is because they're scared to ask Jesus about his death and what it means.  Dying is not exactly what they have in mind for their great leader who they hope will lead them all to greatness.  They don't want to think about it, probably because it sounds to them like a horrible idea.  The second time the disciples stay quiet is because they're embarrassed about their argument about greatness.  They're realising that there was something wrong with their hearts in that journey along the road as they argued.  So they're quiet because they're scared of the truth of Jesus' plan and embarrassed about themselves.  This is another moment for them to shut up and listen and learn from Jesus.

Jesus turns their thinking upside-down.  True greatness is not about putting yourself first and trampling on everyone else (or ignoring them) but rather, it's about putting others first and where necessary, letting them trample you.  Jesus is Lord of all but he's not come into the world to trample everyone or to ignore them.  Jesus wants his disciples to see that he has come into the world to be trampled on and this is why he wants to talk to them again about his death.  He has come to become nothing, to serve the world by dying in their place, for their sin, on the cross.

Jesus wants his followers to have the same attitude and approach in life.  Having allowed Jesus to serve us on the cross, having received forgiveness and friendship with God, we are able to live in a new way. We are able to do away with power struggles, unhealthy competition and striving for wealth.  We are able to enjoy people and welcome others to come to know God and follow Jesus with us.  Jesus shows his disciples this by welcoming a child as the example of the humility and dependency they had failed to pursue.

This all flies in the face of our western consumerism of which we are all products to a large extent.  We don't worry about where the next meal is coming from.  Our concerns are about the next Jack Wills hoody and when that new Asda will be here.  We think we're the greatest but in reality we're merely the richest and most selfish people on the planet, each of us living primarily for ourselves until Jesus knocks us off-course and wakes us up to the startling truth: "It's not about you!"

Let's stop trying to be great.  Let's stop living primarily for ourselves.  Let's start following Jesus, loving him and loving others.