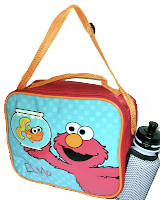 The twelve have just returned from their mission where Jesus gave them his power to heal the sick, cast out demons and tell people about him.  But the work is far from over and as Jesus continues to teach people, he's still delegating to his disciples so they can learn the job he's doing - bringing the kingdom of God!

It looks like the intention is to take a break after the mission and to get some well-earned rest (and probably debrief about all the things they'd learned) but they don't get the chance because people are all stirred up about Jesus and that's what it's about anyway so he goes with it (v30-34).

Verse 34 is key and in particular, the word that's translated, 'compassion'.  In the original Greek language, the word literally means 'a tearing of the insides'.  Jesus' emotional reaction to the crowds is a gut-wrenching compassion for them because they are blind and lost in life and need his guidance, teaching and love.

So instead of a quiet lunch with friends, it becomes a hungry mob of thousands (5000 men plus everyone else, so probably at least double) and when Jesus' disciples come to him for a solution, he tells them to get on with it themselves (v37).  It's like he's testing them to see if they're ready to act in his power all the time.  They've had plenty of practice on the mission and he wants them to keep going.  They're not sure what to do, so Jesus graciously instructs them and gets them involved in the miracle of stretching a boy's packed lunch to feed the huge crowd.

The end result is a well-fed crowd, twelve baskets of leftovers (and I reckon twelve disciples even more amazed and empowered by Jesus)!

If you're a Jesus follower already, it's another reminder for us to be amazed and empowered by Jesus to serve with him on the mission like the first disciples.

If you're not yet a Jesus follower, this story shows us that Jesus feels a gut-wrenching compassion for people who are 'like sheep without a shepherd' and he invites you along with the crowd, to hear his teaching and follow him.