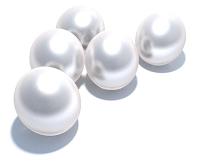 Ever been frustrated by those who should know you best?  Jesus heads back to his hometown of Nazareth and you'd expect a warm reception after all he's been doing and the following he's gained but instead it's a bit of a dead end...

Again Jesus amazes people but sadly on this occasion the people aren't ready to accept who he really is because they aren't ready to have their small understanding enlarged by what they see and hear.  Jesus is teaching them amazing things (v2) but they're not ready to listen because of who it is (or who they think it is) that's speaking.

The result is two things that we wouldn't expect to read about Jesus.  'He could not do any miracles there...' (v5) and 'He was amazed at their lack of faith' (v6).  It's strange to think of Jesus not being able to do something and it's also strange that anything would amaze Jesus and yet this is what we read here.

Jesus is all-powerful.  We've seen that much already from Mark's account.  Jesus has healed the sick, calmed storms, cast out demons and forgiven sin as God himself.  Why can't he do miracles in Nazareth then?  And why should people's faith make any difference?  Surely if he's God, he can do miracles anyway, can't he?  Well, apparently not.  And it can't be because Jesus lacks any power (we know he doesn't from the story so far) but people's faith (or lack of it) does seem to have a significant bearing on the extent God chooses to act. Why should this be the case?

The thing is, Jesus' miracles aren't simply a show to impress people but a way of revealing who he is and helping them know God more.  This requires faith.  Not the kind of faith that is blind and unthinking but precisely the opposite.  The staggering thing here is that people aren't drawn to believe Jesus after all the amazing things he's taught them. And if they're not going to trust him, what's the point in wasting miracles on them?  It's not a show.  He loves them too much to reduce his power to a pointless performance.  Their lack of faith amazes Jesus and I suspect it was a painful amazement because they were actually rejecting a relationship with God himself.

Do you want God or just what he can do for you?