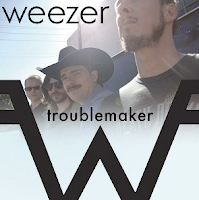 I'm not a big fan of tradition in itself (as we saw in the last blog) and I'm not big on rules either, at least not rules for the sake of rules or rules that have lost all meaning or helpfulness.  When rules do good, bring them on but when rules actually try and prevent good from being done, that should make us really angry!

A friend of mine recently acted out what he thought was going on when Jesus was walking around all cool and calm with the Pharisees and teachers of the law in hot pursuit, creeping along behind him rubbing their hands together, looking for every opportunity to catch him out and slam him with their laws.  Ridiculous but that was pretty much what was actually going on.

Jesus (Creator of the Universe btw) and his mates start picking head of grain on the Sabbath and this, in the eyes of the Pharisees, constituted 'work' - a big 'no no' on the Sabbath.  But of course in reality (because their rules often forgot reality) it wasn't work at all but quite the opposite - it was refreshment!  They were relaxing but walking and it was probably hot and they were hungry and so helped themselves to food.  Refreshment and not work.  So not only were they not doing anything wrong, but they were actually keeping the Sabbath values whilst breaking the 'one size fits all' ridiculous rules of the Pharisees.

Do we have any rules like this?  Even unwritten ones?  Do we have expectations of each other because of cultural (or counter-cultural) norms rather than because of what's actually good?  We need to regularly check ourselves for this stuff because it's so easy for it to creep in and it's lazy to let rules do the work when we should be looking for every opportunity in every moment to do good!

Jesus sums it up really clearly: 'The Sabbath was made for people, not people for the Sabbath' and he also reminds his listeners that in any case, he's the one who invented the Sabbath idea in the first place!

On the other occasion at the start of chapter 3, Jesus pushes on this one even more by healing on the Sabbath (presumably a much bigger deal than picking heads of grain)!  He gets the guy with the shriveled hand to stand up in front of everyone.  It's going to be a show!  And he sets it up by asking a question about the law and whether or not he should do good or evil - to save life or to kill (v4).  He wants people to realise that he knows full well what their laws say but he also wants them to see that he's God(!) and that laws are meant to do good - not prevent good from being done!

It says Jesus was angry at their stubborn hearts.  Maybe he was hoping they would answer his question.  The answer should have been obvious: 'To do good of course!  To save life of course!'  But the answer wasn't there because they were trapped in their own rules and small expectations and this made Jesus hot with anger.  He then heals the man miraculously and right in front of them.  Maybe that will convince them.  Well maybe it did for some, but for others they were so stubborn that they missed the fact that a miracle had happened right in front of them and instead they began to plan how they could get Jesus killed.  Absolutely, seriously tragic.  They were so lost that God himself standing before them and proving himself wasn't enough to convince them.  And today there are skeptics who are just like that.  I wonder if some people today would kill Jesus all over again if he showed up.  Their hearts are hard.

Let check ourselves when we disapprove or say no to a new idea.  Let's check we're not following rules or expectations for the sake of what's normal.  Let's look with fresh insight for opportunities to do good and for Jesus to be Lord over everything (because he is anyway).  And let's pray that we won't have stubborn hearts that make Jesus angry.  Let's listen to Jesus, follow him and do what he does.