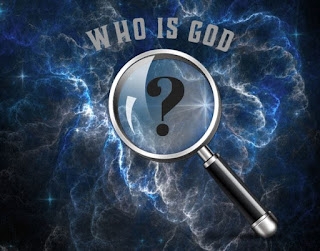 God, if he exists, is by definition WAY TOO BIG for us to just figure out for ourselves.

We can't bump into him by flying far enough in a space ship.  If he's real, he MADE space!!

Nor can we figure him out by simply racking our brains.  If he's real, he MADE our brains too!

God is beyond human discovery.

So how are we supposed to KNOW ANYTHING about him?

The only way, logically, is for him to REVEAL himself.  Everything else is just speculation.  Guesswork.  We need self-disclosure.  He's going to have to SHOW UP!  That's the only way.

And that's exactly what Christians believe he's done in the person of Jesus Christ.

“I am the way and the truth and the life. No one comes to the Father except through me. If you really know me, you will know my Father also. From now on, you do know him. And you have seen him.” (John 14:6-7)

If this is true, God has turned up in human history to be seen, heard, and known personally!

But how can you know it's really him?

Well you could start by praying and asking God, if he's there, to help you know him.

Then why not investigate Jesus in the Bible to see for yourself what he said and did?

You could start here.