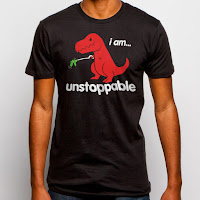 Some things are just bound to happen.  Like the athlete who is way more talented and prepared than anyone else at the Olympics and wins gold, breaking all the records, some things are an inevitability.  Exodus is the true story of God's miraculous rescue of his people from slavery in Egypt through Moses and in the first chapter we see God's unstoppable plans and promises...

Before we dive into the story of Exodus, we should zoom out a bit and remember the big picture of the Bible's story so far.  At the very least, we should whizz back to Genesis 15 where God was repeating his promises to Abraham - the father of the nation of Israel.  God promised that Abraham would have children and that his descendants would be 'as numerous as the stars in the sky' (v5).  He promised that they would have their own land to live in (v7,18-21).  And God spoke to Abraham in a dream that day and filled in some pretty significant blanks in the story (v13-16):

1. Before they had their own land, God's people would be mistreated slaves in a foreign country for 400 years.

2. The nation that held God's people in slavery would be punished by God.

3. God's people would leave that country with great wealth.

4. In the 4th generation, Abraham's descendants would finally get their promised land.

All this is back in genesis 15 and in Exodus 1 and the ensuing chapters, we see Abraham's dream, which is more like a nightmare in some ways, coming true.

So as we start reading the story of Exodus, we already have some pretty big spoilers!  Of course, far from spoiling anything, it makes it all the more exciting that God's plans always succeed and that he keeps all of his promises.  He is unstoppable.

Just take a look in the chapter we've read at the number of references to how God's people were growing in number:

- In v5 we're told that the descendants of Jacob (Abraham's grandson) 'numbered 70 in all'.

- Then in v7 we're told that 'the Israelites were exceedingly fruitful, they multiplied greatly, increased in numbers and became so numerous that the land was filled with them.'

- In v9 again we have a reference to Israel's unstoppable numerical growth when the king of Egypt says, 'the Israelites have become too numerous for us' and he has a plan to try and stop them from becoming 'even more numerous' by making them slaves.

- And despite Pharoah's best efforts to have Israelite baby boys killed at birth, we're told again in v20 that 'the people increased and became even more numerous'.  Not only that but v21 says that God gave the Hebrew midwives 'families of their own'!

Nothing can stop the promises of God coming true.  That's definitely one thing to notice at the start of this book.  God promised Abraham that he would become a great nation and that his kids would number as many as the stars in the sky or as the grains of sand in the desert... and nothing can stop it coming true - not slavery, not Pharoah, not anyone or anything.  God's promises are unstoppable and his people are unstoppable.

And it's not just true for Moses and God's people then.  These truths go way further than that.  They reach right down to us today through Jesus:

Luke 24:44
[Jesus said] '...everything must be fulfilled that is written about me in the Law of Moses, the Prophets and the Psalms.'

The story of Moses is really the story of Jesus, which means we can be part of it too.  Through trusting and following Jesus, we get to be part of the unstoppable promises of God.  We get to call ourselves God's children and be unstoppable too!


Back to Exodus blog