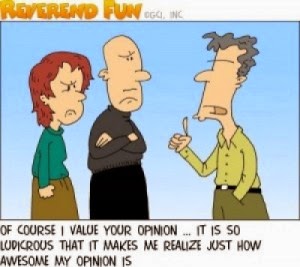 Someone recently emailed to ask me the following questions.  I spent quite a bit of time answering them so thought it might be worth sharing this just in case it helps others too...

1. Does the Bible teach that there are times to pray with certainty - fully expecting to receive what we ask for and still other times where we should pray with less certainty of getting what we ask for? And how can we know the difference?

I think the answer to the first question here is YES.  Parts of the Bible clearly teach that we can and should ask with 100% certainty of getting what we ask for:


James 1:6
But when you ask, you must believe and not doubt, because the one who doubts is like a wave of the sea, blown and tossed by the wind.

John 16:23b...
Very truly I tell you, my Father will give you whatever you ask in my name.

It sounds a bit like we should ALWAYS expect with 100% certainty to get whatever we ask for in prayer BUT when you look at the context of these verses, it's clearly not the case:

James 1:5-6
If any of you lacks wisdom, you should ask God, who gives generously to all without finding fault, and it will be given to you. 6 But when you ask, you must believe and not doubt, because the one who doubts is like a wave of the sea, blown and tossed by the wind.

John 14:13
And I will do whatever you ask in my name, so that the Father may be glorified in the Son.

John 15:16
You did not choose me, but I chose you and appointed you so that you might go and bear fruit – fruit that will last – and so that whatever you ask in my name the Father will give you.

John 16:19-24
Jesus saw that they wanted to ask him about this, so he said to them, ‘Are you asking one another what I meant when I said, “In a little while you will see me no more, and then after a little while you will see me”? 20 Very truly I tell you, you will weep and mourn while the world rejoices. You will grieve, but your grief will turn to joy. 21 A woman giving birth to a child has pain because her time has come; but when her baby is born she forgets the anguish because of her joy that a child is born into the world. 22 So with you: now is your time of grief, but I will see you again and you will rejoice, and no one will take away your joy. 23 In that day you will no longer ask me anything. Very truly I tell you, my Father will give you whatever you ask in my name. 24 Until now you have not asked for anything in my name. Ask and you will receive, and your joy will be complete.

And there are other verses that make me think that the Bible doesn't intend for us to expect to get everything we ask for from God with 100% certainty...

We're told to say "If it is the Lord's will", presumably because we can't always be 100% certain of what God's will is in every specific situation.  He knows more than we do and he knows better that we do.  That should be obvious...

James 4:13-15
Now listen, you who say, ‘Today or tomorrow we will go to this or that city, spend a year there, carry on business and make money.’ 14 Why, you do not even know what will happen tomorrow. What is your life? You are a mist that appears for a little while and then vanishes. 15 Instead, you ought to say, ‘If it is the Lord’s will, we will live and do this or that.’

Not even Jesus got everything he asked for and he wisely and humbly prayed "your will be done"...

And there's Paul's "thorn in the flesh".  I know it's debated whether or not the "thorn" was a physical ailment or a person or something or someone else but the point is, Paul asked for it to be taken away and it wasn't.  And Paul resolved to live with it and even cites it joyfully as something God used to help him trust more fully in him.  So there's things to be learned when God says NO...

2 Corinthians 12:7-10
Therefore, in order to keep me from becoming conceited, I was given a thorn in my flesh, a messenger of Satan, to torment me. 8 Three times I pleaded with the Lord to take it away from me. 9 But he said to me, ‘My grace is sufficient for you, for my power is made perfect in weakness.’ Therefore I will boast all the more gladly about my weaknesses, so that Christ’s power may rest on me. 10 That is why, for Christ’s sake, I delight in weaknesses, in insults, in hardships, in persecutions, in difficulties. For when I am weak, then I am strong.

So the Bible clearly teaches that there are times to pray with certainty - fully expecting to receive what we ask for and still other times where we should pray with less certainty of getting what we ask for.  But how can we know WHEN we should be 100% certain and when we shouldn't be?  I think the verses above give us some clear guidance here too:

2. How does this apply when we're praying for someone's healing?  Should we always expect them to be healed fully there and then?

I think all the above applies when we're praying for a person's healing.  The Bible teaches clearly and repeatedly that God can heal, so there should be no doubt about his ability.  But the collective godly wisdom of the passages above show us that we shouldn't necessarily expect God to heal straight away, every time we ask.  It's not necessarily a lack of faith (though it can be - Matthew 13:58) but it depends on the variables mentioned above.

3. Does the Bible teach that Christians should still meet regularly together, even when they disagree about secondary doctrines? And how do we know what is secondary anyway? Is there any disagreement the Bible says over which Christians ought to divide?

The Bible says that Christians should not give up meeting together...

Hebrews 10:23-25
Let us hold unswervingly to the hope we profess, for he who promised is faithful. 24 And let us consider how we may spur one another on towards love and good deeds, 25 not giving up meeting together, as some are in the habit of doing, but encouraging one another – and all the more as you see the Day approaching.

The early church in Acts were characterised by their devotion...

Acts 2:42-47
They devoted themselves to the apostles’ teaching and to fellowship, to the breaking of bread and to prayer. 43 Everyone was filled with awe at the many wonders and signs performed by the apostles. 44 All the believers were together and had everything in common. 45 They sold property and possessions to give to anyone who had need. 46 Every day they continued to meet together in the temple courts. They broke bread in their homes and ate together with glad and sincere hearts, 47 praising God and enjoying the favour of all the people. And the Lord added to their number daily those who were being saved.

Jesus prayed twice that Christians would be "one" like the Trinity is "one" and that we would be brought to "complete unity"...

John 17:11
I will remain in the world no longer, but they are still in the world, and I am coming to you. Holy Father, protect them by the power of your name, the name you gave me, so that they may be one as we are one.

Ephesians 4:3 tells us that it is HARD WORK to be united with other Christians but that we should WORK HARD at it.  It also tells us HOW it's possible to do it: the "bond of peace".  So the peace that Jesus has given every Christian should be what unites them and motivates them to work hard at practising unity...

Ephesians 4:3
Make every effort to keep the unity of the Spirit through the bond of peace.

We shouldn't divide from people where God doesn't divide us.  The Bible says this in the context of marriage between two people but surely it must apply all the more between Christians who have the "bond of peace" through Jesus...

Matthew 19:6
So they are no longer two, but one flesh. Therefore what God has joined together, let no one separate.

So what about disagreement between Christians?  I think Romans 14 is incredibly helpful here...

Romans 14:1-13
Accept the one whose faith is weak, without quarrelling over disputable matters. 2 One person’s faith allows them to eat anything, but another, whose faith is weak, eats only vegetables. 3 The one who eats everything must not treat with contempt the one who does not, and the one who does not eat everything must not judge the one who does, for God has accepted them. 4 Who are you to judge someone else’s servant? To their own master, servants stand or fall. And they will stand, for the Lord is able to make them stand. 5 One person considers one day more sacred than another; another considers every day alike. Each of them should be fully convinced in their own mind. 6 Whoever regards one day as special does so to the Lord. Whoever eats meat does so to the Lord, for they give thanks to God; and whoever abstains does so to the Lord and gives thanks to God. 7 For none of us lives for ourselves alone, and none of us dies for ourselves alone. 8 If we live, we live for the Lord; and if we die, we die for the Lord. So, whether we live or die, we belong to the Lord. 9 For this very reason, Christ died and returned to life so that he might be the Lord of both the dead and the living.
10 You, then, why do you judge your brother or sister? Or why do you treat them with contempt? For we will all stand before God’s judgment seat. 11 It is written:

‘“As surely as I live,” says the Lord,
“Every knee will bow before me;
every tongue will acknowledge God.”’


12 So then, each of us will give an account of ourselves to God.
13 Therefore let us stop passing judgment on one another. Instead, make up your mind not to put any stumbling-block or obstacle in the way of a brother or sister.

From this passage we can see that there are "disputable matters" that shouldn't separate Christians or stop them meeting together and the passage even gives a couple of examples of things Christians had different views on at that time.  We shouldn't quarrel about secondary issues and we certainly shouldn't let them stop us meeting and worshipping with other Christians.  Paul defines the primary issue as that which makes us "belong to the Lord" (v8), that for which "Christ died and returned to life" (v9) and that which makes us family (v10).  In other words, if we are Christians at all (people who trust and follow Jesus) then everything else is secondary and there's no good reason to divide or give up meeting together.