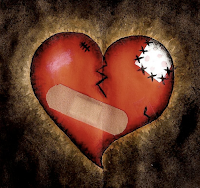 Marriage is a big deal to God, even when it's not to us...

Jesus teaches here that marriage is something where God is joining two people together.  In Genesis 2:24, we see God inventing the idea of marriage and it's described as two people leaving home to join together and become one.  This is God's design for marriage.

But like anything good that God has made, we do have a habit of messing it up or settling for less and it's an unfortunately common story when it comes to marriages.  Marriages fail for all sorts of reasons (what Jesus refers to as 'hard hearts') but wherever two people set out to become one, making promises to each other, God wants the marriage to succeed, he expects it to and he knows that it can.  He is 'joining two people together' (v9).

Sex is the most intimate act and the Bible repeatedly speaks of it making two people one, often referring back to the Genesis story quoted here by Jesus (Matthew 19:5, 1 Corinthians 6:16, Ephesians 5:31).  This is why God says sex is exclusively for marriage.  Commitment before intimacy.  The best sex is sex within a loving and committed marriage and God wants the best for us because he loves us.

The reasons people walk out on marriages aren't always good ones.  Sometimes they never took the commitment seriously enough, sometimes they leave for someone else and sometimes they give up because they're fed up of it being hard work.  There are good reasons too but they're all because something seriously wrong is destroying the marriage, such as an abusive partner who isn't changing and the home is unsafe, or sexual unfaithfulness where someone has 'become one' with someone else (Matthew 5:32, 19:9).  With genuine desire for change and with a lot of help, both of these situations can be overcome but more often than not, the abuse or the unfaithfulness continues and divorce becomes the only good way forward.

So God hates divorce (Malachi 2:16) but sometimes it becomes necessary because of sin.  I think the main challenge here for us in our consumerist society (where people consume sex, relationships and marriages like anything else) is for us to take commitment and intimacy seriously and when we make promises, we should count the cost and keep them.